Overview of Tourism and Property sector of Kwazulu Natal...a well kept secret for too long?

For the past several years the KwaZulu-Natal property market has enjoyed almost unparalleled growth, repeatedly outperforming other provinces as an investment destination. The reasons are clear, KwaZulu-Natal had for some time lacked a variety of factors necessary to maximise growth, including a lack of national and international marketing focus.

Due to the level of international business activity, Cape Town and Johannesburg were initially thrust into the spotlight in South Africa, resulting in significant foreign investment, which permeated into the property markets of these areas. Any injection of external equity inevitably leads to the consequent uplift in the value of an economy and, provincially, this was evident. This was surprising, given the importance of Durban massive container port. Yet Durban and KwaZulu-Natal did not flourish and develop at the same rate as its provincial rivals.

This is no longer the case. South Africa's best kept secret is out.

Not only is KwaZulu-Natal's year-round sub-tropical climate a major attraction, so too are the province's exceptional beaches, wildlife experiences and splendour of its mighty Drakensberg mountain range.

Investment has come in a variety of guises, inclusive of Durban's Point Waterfront Development, the Gateway Theatre of Shopping and the development of Umhlanga Ridge, the La Lucia Office Park, Sun Coast Casino, Sibaya Casino, the Midlands Mall and Dube TradePort.

All these constitute investments of R1 billion or more and further major projects are continuously being undertaken. This has resulted in a property boom as KwaZulu-Natal has hurriedly caught up with its previously higher value provincial neighbours.

Areas such as Umhlanga, Mount Edgecombe and Ballito have enjoyed significant growth. This has spurred and led to a plethora of residential development activity in areas serviced by the successes of infrastructural upgrades and a range of blue-chip investments. The residential developers – both small and large-scale - have benefited massively as sales continue to strengthen and developments achieve record sales.

The bullish nature of the market has attracted investors and speculators who have purchased units, a move which has enabled land-owners to continue releasing large tracts of land for sale, whilst charging ever escalating premiums.

The continued buoyancy of the market here has resulted in beneficial employment creation at every level.

In a developing economy, such as that of South Africa, it is possible to see, for the first time, that there exists a large and expanding middle class. And, with the commercial nature of the economy, people are always on move, hence there will always be a need for housing.

The commercial property sector in KwaZulu-Natal has been stimulated by demand generated through the province’s two Industrial Development Zones and its significant investment in infrastructure. Effective collaboration between both private and public sectors has also yielded good results, further encouraging investment in the province.

With two of the hemisphere’s largest and busiest ports within its borders, both of which are part of Government-proclaimed Industrial Development Zones, KwaZulu-Natal’s commercial property market has seen significant development in recent years, with demand particularly high in the industrial sector.

The Richards Bay Industrial Development Zone has secured in the pipeline potential investments in excess of R12 billion, with the region poised to be a future platform for development in the oil, gas and renewable energy industries.

In the country's 2015 State of the Province address, it was emphasised that this area is set to become a Special Economic Zone (SEZ), providing the province with a platform to maximise new growth opportunities related to the ocean economy, manufacturing, beneficiation, as well as new and innovative gas and energy options. It was further emphasised that these opportunities would be enhanced by the development of a dedicated container handling facility at the port of Richards Bay.

South from Richards Bay, the Dube TradePort, is considered one of South Africa’s top 10 investment opportunities and is geared to promote both foreign and local investment.

As the only facility in Africa that combines an international airport, a dedicated cargo terminal, warehousing, offices, retail, hotels and agriculture, this hub has stimulated growth in the surrounding areas north of Durban in industrial, retail and office space.

Mr Greg de Klerk, KwaZulu-Natal regional head for Growthpoint Properties, highlights that the industrial sector around the Durban harbour, in particular, is extremely active and strong, with low vacancy rates, although rentals remain under pressure, with demand for small and mini-units at multi-user parks continuing.

“There is a scramble to set up large warehousing and manufacturing facilities of greater than 10 000m2 close to the port, although a shortage of serviced industrial land in Durban makes development of land prohibitively expensive,” he says. “There’s a strategic opportunity for Local Government, property owners and private developers to work together to help satisfy business demand for properties that offer port access.”

Inland, Cato Ridge and Hammarsdale are home to major distribution centres, with the prospect of a dry port in Cato Ridge adding impetus to development here. It is envisaged that this will relieve the high traffic congestion on the roads around Durban harbour.

The retail sector in KwaZulu-Natal’s coastal region continues to grow, with niche shopping centres proving popular, along with upgrades to existing facilities. Much of this has been achieved with the help of Local Government, which, for example, invested in upgrading Inanda Road to support the upgrading of the recently developed Watercrest Mall in Hillcrest.

When it comes to office facilities, De Klerk notes that Durban has become one of the country’s leading nodes for 'green' buildings.

“Green buildings are no longer just about being environmentally responsible, they make good business sense too,” de Klerk says. “A quality, energy-efficient building is cost efficient and in the race of rising electricity costs, rates and taxes, property owners and their tenants are seeking ways to keep their costs under control.”

This is true of new developments, such as The Boulevard in the Parkside precinct of Umhlanga New Town Centre, which will provide 22 000m² of A-grade office space which is expected to receive a four-star rating from Green Star South Africa upon completion.

Heading further south in KwaZulu-Natal, a plan to build a dig-out port on the site of the former Durban International Airport is expected to relieve demand on Durban harbour, with construction expected to commence between 2021 and 2025. Although still in feasibility study stage, if this project comes to fruition, it is likely to create significant numbers of employment opportunities and create demand for even more commercial property in the area.

Investing in our Tourism Sector KwaZulu-Natal

The Tourism industry is a key contributor to the KwaZulu-Natal economy. The province's tourism attractions, perhaps less well known internationally, surpass the national norm in many respects and are structured around four components, the coastal holiday areas with their magnificent beaches, sunshine, boating, surfing and fishing; the wildlife game parks in the north; the Drakensberg Mountains and the historical battlefields. Two World heritage sites have been declared recently: the Greater Lucia Wetlands Park, and Ukhahlamba/Drakensberg Mountain Reserve. Both offer interesting opportunities for investors and especially for small businesses. The attractiveness lies in the unique combination of bio-diversity, impressive scenery, all-year climate and its rich mosaic of exciting cultures and history. Its competitive advantage is that it has a monarchy that can be used to support tourism development. Zulu cultural village activity and the African township experience have emerged strongly as new areas of interest that needs to be marketed.

Tourists are becoming more discerning in deciding on a new destination for a holiday. The coastal destinations in South Africa presents a tourist with the opportunity of discovering new and wonderful places. Responsible tourism and green tourism has taken the world by storm as tourists become more environmentally conscious in the tourism products they consume. Advertising through websites, brochures etc, tempt the tourist through the use of pictures of beautiful beaches, scenery and attractive descriptions, and the resort themselves use all kinds of marketing strategies to attract as many visitors as possible.

In spite of KwaZulu-Natal being well placed to meet the needs of international beach tourists with its natural appeal, the province is not regarded or sold as a beach resort destination, compared to our counterpart destinations in Africa eg: Kenya, Zanzibar. As much as there is a focus in the economic recovery strategies for development of beach tourism facilities in KwaZulu-Natal can we honestly compete for the mass beach tourism markets with Kenya and other like destinations?

There is a general trend that tour operators have noticed shorter lead times between bookings and stay; visitor numbers have declined, especially from European markets; and length of stay has decreased at the resorts. Of the 15 only 5 resorts do not have beach access, however the others have beach access but unlike resorts in Kenya Mombasa that are built directly onto the shoreline with immediate access to the beach. One literally steps out of your hotel room directly onto the shores of the beach. This is one of the key challenges that KZN is facing in terms of beach resort developments and attracting new markets. However despite the challenges, Trade & Investment KwaZulu-Natal in partnership with project promoters have packaged and are actively marketing beach resort developments that reside within our investment pipeline.

The film industry in KwaZulu-Natal is experiencing steady growth. The Durban Film Office, the film promotion arm of the eThekwini Municipality, says local production activity has soared by 41% over the past three years. The Department of Trade and Industry (DTI), The KwaZulu- Natal Department of Economic Development and Tourism (DEDT) and The Durban Chamber of Commerce have all identified the film and media industries as strategic growth industries and investing heavily in attracting film production to KwaZulu- Natal. Durban also boasts the largest and longest running film festival in South Africa.

The Zulu Coast Film Office, incorporating Ilembe North Coast, officially promotes and acts as industry facilitator for the feature film, television, video and stills photography production trade. It is funded by and operates under the auspices of the uThungulu District Municipality based in the Zululand port city of Richards Bay. 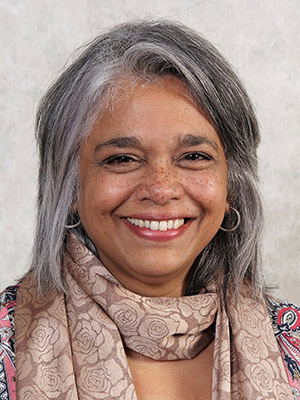